The Calguns Foundation has filed a lawsuit on behalf of seven California residents today against Attorney General Kamala Harris, the California Department of Justice, and DOJ Bureau of Firearms Chief Stephen Lindley. The case challenges the DOJ’s policy of requiring some firearm purchasers to prove their legal standing to take possession of acquired firearms and forcing them to wait beyond the statutory 10-day waiting period. 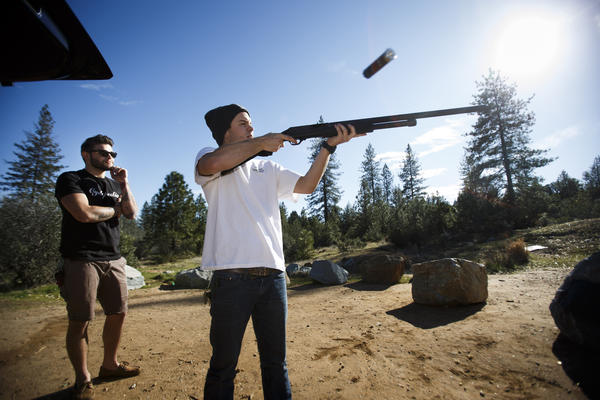 With the state about to tap a surplus from gun registration fees to increase enforcement efforts, a group of 31 Republican lawmakers called Monday for an audit of the account to determine whether gun owners are being overcharged.

The legislators said the Dealers' Record of Sale Special Account should be looked at by the state auditor to determine whether the fee is set at a rate that only covers the state's cost to conduct the required background check of the gun purchaser.

This update will provide you a thumbnail sketch of what is happening with key gun legislation in California. For more detailed information, follow the links provided.
CALL TO ACTION!
SB 140 (Leno) - Takes millions of unconstitutionally-collected Dealer Record of Sales (DROS) funds to compensate for the failure of more than 500 local law enforcement agencies not enforcing existing gun laws. Uses DROS funds to pay for CA DOJ expansion, including raids and confiscation of weapons from those whom the State deems to be prohibited based on unreliable data from an untrustworthy list.
Will be heard on the ASSEMBLY FLOOR either MONDAY, APRIL 15TH or THURSDAY, APRIL 18TH : Send an email NOW! CLICK HERE to TAKE ACTION NOW!


The Fleecing of California’s Gun Purchasers

via The Flash Report

This week, the California State Assembly Appropriations Committee will be considering a measure that demonstrates the absolute worst in government incompetence and thievery. SB 140 (Leno) outright steals money from a fund entirely paid for (and supposedly dedicated to) law-abiding gun owners to fund the Department of Justice’s (DOJ) failed firearms enforcement program.

These are the folks who, earlier this year, admitted that there could be tens of thousands of individuals in possession of firearms who have been deemed prohibited from doing so.